Hunkemöller is growing fast: it now has more than 900 stores, and more stores and more countries are being added each year. Growth this ambitious calls for a different Performance Management solution. With the move to OneStream, reporting processes are automated, and that means that the KPIs for each store are available more quickly than they have been.

“It’s not so much that we’re after more information for each store,” says Hanno van Vuren, Financial Controller at Hunkemöller. “It’s that we want the information faster, so we can respond more quickly than we’ve been able to till now.” 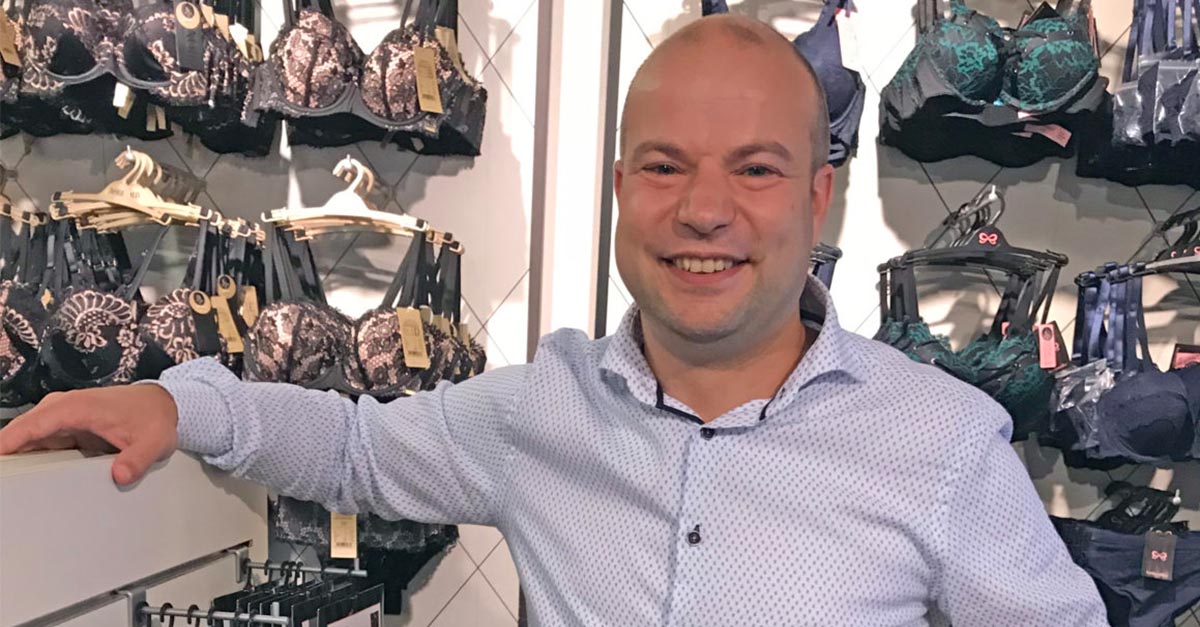 The existing system needed replacing. “The old system we had was pretty much end-of-life,” Hanno explains. “It kept crashing, it wasn’t supported any more – and it just wasn’t meeting our information needs any more. “We wanted to automate the management information more – to make it more stable and get insights into our financials and pre-financials more quickly.”

“We wanted to automate the management information more – to make it more stable and get insights into our financials and pre-financials more quickly.”

Speed and reliability are important. “We used to have a lot of manual work to get through, which was time-consuming. And that’s not all. If your system’s not supported any more, you’re running business risks. We wanted to be able to retrieve business information quickly and accurately.”

The acquisition by a private-equity investor has also played a role. Hanno explains: “That calls for more reporting and more dimensions and cross-sections.”

The international retail organization has selected OneStream. “We went for OneStream because it is a platform application rather than a modular one. If we want to add additional reporting processes, such as strategic planning, it will come under the same license. That also means that the figures come from a single source, so we don’t have to construct the data all over again,” says Hanno.

Maintenance has also played a role in the choice. As Hanno puts it, “OneStream is based on modern technology, and updates come out regularly. Maintenance is straightforward. This has already been demonstrated in practice: an update is planned, and it’s done and dusted in two hours or less. In addition, we do most of the maintenance ourselves.”

The dynamics of retail

Retail is an industry with its own dynamics – and Hunkemöller’s no exception. That’s one reason why Finext was selected as an implementation partner. “Finext has a boatload of experience in retail,” says Hanno. “That’s important, because they speak our language. They know the typical retail terms such as ‘like for like’ and ‘in growth’, but can also easily capture different sales channels such as store-in-store, franchise, and e-commerce in all sorts of dimensions.”

In addition to its experience in retail, there were two other reasons why Finext was selected. “Finext already had experience with OneStream implementations”, notes Hanno. “And they’re one of the largest implementation partners in Europe. In addition, they have a big group of consultants who can provide support, so you don’t have to depend on one or two people.”

The new reports are very detailed, especially the store base reports. “For each of the more than 900 stores, there is a profit-and-loss account,” says Rob Visser, one of the Finext consultants who was closely involved in setting up Hunkemöller’s reporting. “You can also do like-for-like comparisons across all stores, taking into account the maturity of one and another store, and filtering on store type. Every general-ledger account is connected to the platform.”

Having so many details is a conscious choice, As Hanno puts it, “With the stores, we want to do as much benchmarking as we can: how is this store doing compared to an average store in the same range? We distinguish between various sales channels, and we want to be able to see different cross-sections of each one.”

A critical focus on the quantity of data

The decision to go for a lot of detail has had an impact on the design of the solution, so that was a focus of sustained critical consideration during implementation. “For instance, we get insights at store level into the margin and turnover per product category,” says Rob. “That’s possible here, because the data is stored safely in the source systems.”

The migration of the earlier records was also considered. Hanno explains: “Together we looked at questions such as ‘How far back do we want to go with the records?’, ‘What level of detail do we want in them?’, and ‘What balance-sheet specifications do we need?’. You have to weigh up what something is for, and make sure above all not to make something just because you can.”

“The system allows the department to shift from making reports to analyzing them.”

The organization wants to keep its critical focus on the amount of data it works with in the future. “In addition to the more than 900 stores we have now, we’re opening another 80 each year,” says Hanno. “We need to think carefully about the level of detail we want to have in our systems. When it comes to rental and staff costs, for instance, do we need all that much detail? Now, we’ve resolved this in part this by working with junctions, in which various types of cost are aggregated to main types.”

Hanno is enthusiastic about the results of the transition to OneStream. “Closings go a lot faster now. Everything that goes into the system lines up with everything else just like that, and the source for everything is the same. This makes the management mechanism easier: reports are available right away, and you no longer have to tally things up manually. One touch of a button, and your management report is ready, in whatever dimension you want it in.”

Users in Finance are also pleased with the new system. “The controllers are really happy,” says Hanno. “The system allows the department to shift from making reports to analyzing them, and that presents more challenges.”

Marcs passion about the intersection of Finance and Systems is contagious. Combining his financial background and extensive interest in technical solutions makes him a valuable sparring partner for our customers.

How to implement Scenario Analysis in OneStream XF

Ampleon is a worldwide leader in innovative, high-quality RF (radio frequency) Power technology. With a possible IPO, it is essential to the former business unit of NXP to establish a robust financial...

5 reasons to create your annual reports in OneStream