Rotterdam World Gateway (RWG) is an innovative, global leader in the fully automated storage and transshipment of containers. In its financial processes, RWG is breaking new ground as well. The container terminal uses the Anaplan App for IFRS 16 to comply with IFRS regulations in an easy, costeffective way.

The modern container terminal at Maasvlakte 2 is growing fast, and has a strong position as a ‘global hub’. Since its opening in September 2015, it has already handled more than 2.5 million deep-sea containers. continual innovation and the use of the latest technologies have been playing a major role in this growth. For example, the storage and transshipment of containers are fully automated, thus making RWG the world’s most modern container terminal.

In automating its financial processes, RWG is breaking new ground as well. For example, the container terminal previously implemented Anaplan – together with Finext – to optimize the budgeting and forecasting processes.

“Spreadsheets do not offer adequate support for the IFRS 16 process. And that’s not all. They go against the idea that we should be striving to do as much as possible within a single system.”

The choice of the Anaplan App for IFRS 16 fits seamlessly into this vision. “During the term of lease contracts there are often changes, such as for lease cars, whereby the prices go up each year with inflation. Spreadsheets do not offer adequate support for the IFRS 16 process,” says Enrico Douwens, Finance Director at RWG. “And that’s not all. They go against the idea that we should be striving to do as much as possible within a single system.”

The Anaplan App for IFRS 16

“Adjustments and exceptions to lease contracts, as well as variations in the type of contract and the different lengths of the contracts themselves, make IFRS 16 calculations in spreadsheets complex and time-consuming,” agrees Stef Jansen in de Wal of Finext.

Reason enough for Finext to develop an app for IFRS 16 in Anaplan. “We developed the app as a template, in which various transition and calculation methods were predefined on the basis of IFRS 16 regulations. We can then adapt this template to the wishes of the organization.” With this approach, the IFRS 16 module can be implemented quickly – often within just a few days. 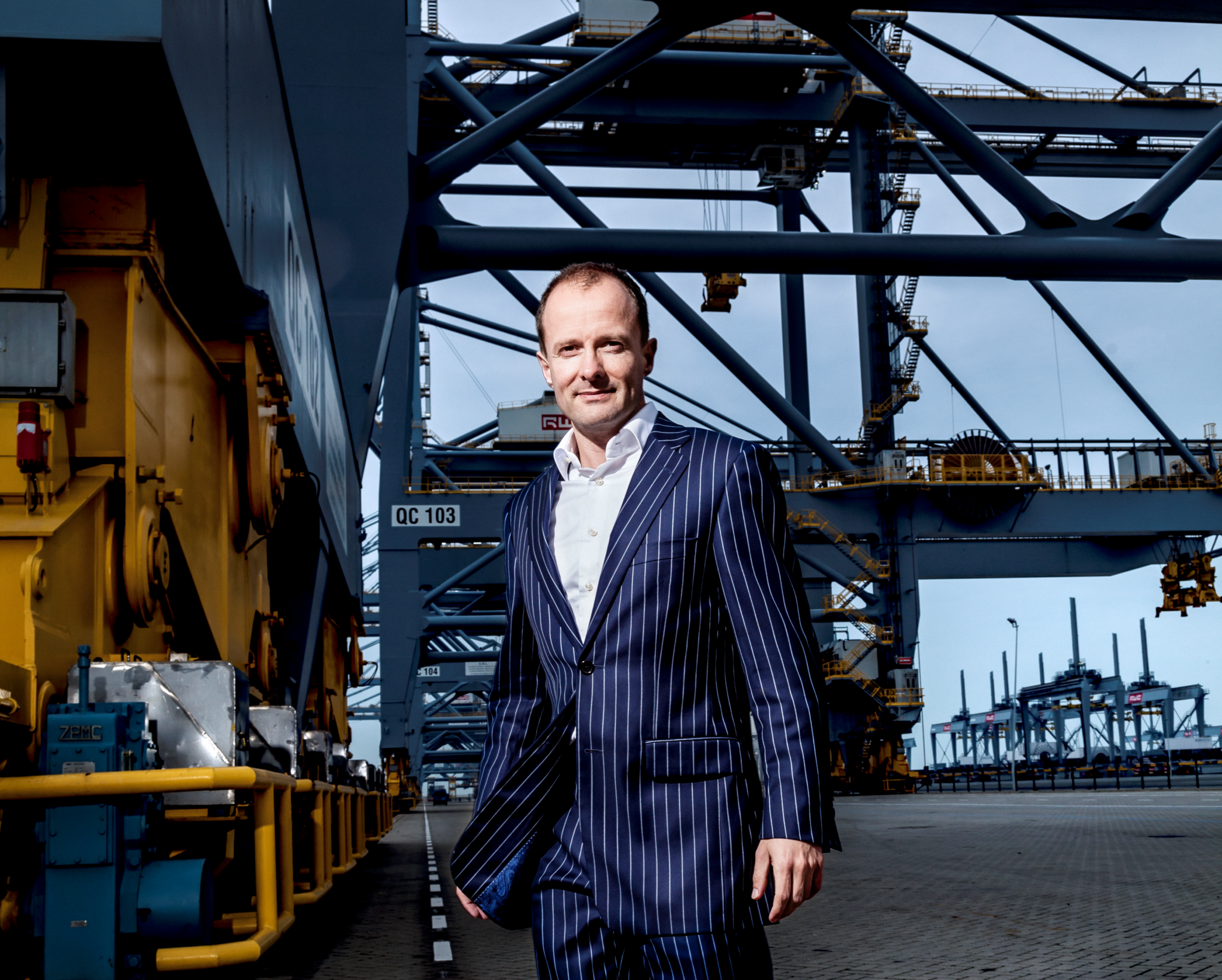 RWG wants to keep the costs of the IFRS 16 processes as low as possible. As Enrico puts it: “IFRS 16 has made something that was simple into something complicated. But it is what it is, and it’s better to grab the bull by the horns now, so we can be prepared for what lies ahead. We want to do this in a costeffective way, because we are not earning a single penny more from the introduction of IFRS 16.”

The cost factor is thus a further reason to choose the Anaplan App. In addition to its quick implementation, the tool is easy to for users to maintain, says Enrico: “The app has an excellent general user interface, and the model takes you step by step into the IFRS 16 process.”

The container terminal is making its choice really carefully. “We loaded our more complex lease contracts into the app to see whether it gave the same results as the spreadsheets. This litmus test quickly showed us that we had got it right. At the same time, we tested how flexible the model is.”

Enrico is upbeat about the results of these tests. “All the possibilities I had been hoping for are in there. The model leads to the results we want, and it offers us a great deal of flexibility. This offers generic advantages to any organization. And we have the additional advantage that the app is compatible with the existing package.”

“There are many ways in which we can translate the data into journal entries, depending on the information required. This is read into the system easily and with a low likelihood of error.”

Enrico is also upbeat about the results at the level of practice. not only are the calculations automated – the journal entries are also automatically transferred from the Anaplan model to the ERp system. “There are many ways in which we can translate the data into journal entries. We can export them in aggregated form, or by individual lease contract, depending on the information required. This is read into the system easily and with a low likelihood of error, so that we cut and paste as little as possible.”

In addition to the best practices that are predefined as standard in the IFRS 16 module, the container terminal also has a number of specific preferences. As Enrico explains, “We wanted to be able to sort the lease contracts not only by department, but also according to a cross-section of other criteria, such as the type of asset involved, for instance lease cars, equipment, and the concession agreement. At the same time, we can indicate which department the lease contract belongs to, so that it can be allocated to the budget of the relevant department. This way, we kill two birds with one stone.”

These particular preferences have also been implemented in the app. “The user simply specifies, for each contract, what type of contract it is”, says Stef. “And that can be done both manually and with upload templates.”

This approach is in line with the “connected planning” vision, whereby all of the data flows within Anaplan come together. “To keep things consistent, it’s useful to have as few sources as possible”, explains Enrico. “comparing results and searching for the causes of a discrepancy are a complete waste of time. The app serves as a mini-data warehouse for the lease data. And we can use the same data directly in our forecasting and budgeting.”

The next step, he says, will be an automatic link between the IFRS 16 model and the budget itself. “In the past, the world was simple: what you paid for something was what it cost. But now we have to do our budgeting in accordance with the IFRS 16 regulations. It helps that we have already done the detailed calculations in the IFRS 16 module, so we don’t have to worry about that anymore.” “We can easily link the IFRS 16 model to the budget model, and then retrieve the IFRS 16 results as many times as we need to,” adds Stef.

When Enrico is asked what advice he’d give to other organizations that want to set up IFRS 16 in a cost-effective way, he answers without skipping a beat: “Make sure it’s robust and easy to maintain. In a few years’ time, you’ll still want to have a good grasp of the model. And even with tweaks and exceptions, there should be no discrepancies between the contracts and the records on them. Ultimately, you want to deliver reliable figures in line with IFRS regulations.”

Willem is focused on simplifying and optimizing business processes, with perseverance and a hands-on mentality,. At Finext, Willem is focused on improving financial budgeting-and forecasting processes within companies by implementing Anaplan, a planning and performance management platform.

As a company, you are working year after year to comply with new regulations. If you have just completed the implementation of the GDPR, IFRS16 (the new lease standard) is already upon us. To make ...

Regulations prescribe the need for EU-listed companies to report annual disclosures from 2020 onwards in a new format: iXBRL. Because of the mandatory nature of this filing, corporates should already ...